Chinese president Xi Jinping’s One Belt One Road vision, once complete, will connect China to the rest of Asia as well as Africa and Europe by land and sea, reawakening trade along the Old Silk Route and spurring the Peoples’ Republic into a true engine of growth.

With the backing of 52 states and the US$100 billion Asian Infrastructure Investment Bank, policymakers are already working together with the World Bank and Asian Development Bank to fund infrastructure projects along the OBOR corridor.

Strategically, OBOR will connect China with the economies across Eurasia and Africa, expanding the export market for Chinese-made industrial and consumer goods as well as services.

OBOR will see China investing close to US$1 trillion in assets and infrastructure along the route, according to some estimates, making it a formidable economic force rivalling the US.

The obvious result is higher demand for the renminbi. While most OBOR projects will be funded in US dollars, the RMB will gradually become a more acceptable means of transaction in many emerging markets once new trade, transportation and industrial links to China are created.

According to Jian Yang, Founding Director of Center for China Financial Research at University of Colorado Denver:

“The progress of RMB as an international currency in trade and investment would be directly affected by the success of OBOR, which provides excellent outbound FDI opportunities but also outbound M&A opportunities to Chinese companies in many developing countries in Eurasia.”

It will also raise demand for China’s dim sum and panda bonds, spurring more activity in the Chinese capital markets and raising interest in the RMB both onshore and offshore.

But even as it asserts its influence across the New Silk Route, the central bank’s tight control over onshore interest rates could mute China’s business appeal and raise barriers to growth.

Even though the Peoples’ Bank of China has in recent years gradually allowed banks more freedom to set their own rates on deposits and loans to customers, it has never really relinquished full control over interest rates.

On one hand, the PBOC wants to stem capital outflows and deter the proliferation of shadow banking and unregulated wealth management products. To do so, it must keep its interest rate sufficiently high.

That’s even more important now that the US Federal Reserve is raising rates. In March this year, the PBOC guided interest rates higher immediately after the Fed raised its rate that month. Capital outflows from China have stabilised and its foreign reserves were up to US$ 3 trillion in June, its highest level in 9 months.

On the other hand, China wants to open up the economy and raise competitiveness among investors, banks and businesses. By allowing banks to set their own lending rates, liquidity can be extended to small and medium-sized enterprises, encouraging new investments, creating jobs and enabling the middle-class to grow.

If rates are too high, economic growth could slow as other businesses cut back on borrowing and spending, and social problems may arise as the gap between the rich and poor in China widens.

So when the Fed hiked rates again in June, the PBOC kept its rate on hold. Instead, it injected money into the system to help avoid a credit crunch in its economy.

It’s a tough balancing act for the PBOC, which this month said that it will target a neutral monetary policy and allow banks more freedom to adjust and raise interest rates.

Still, it is to be expected that the PBOC will continue to control monetary policy, which could slow the pace of further interest rate liberalisation. As a result, many OBOR-driven growth opportunities for China may well be lost. 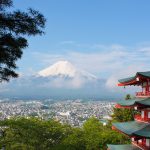