Malaysia Money Games and Scams: How to Protect Yourself By Conducting Due Diligence?

There has been a rising number of dubious yet popular investment schemes such as “money games” and other financial scams in Malaysia of late. One recently busted Macau scam involved fake bankers tricking victims into transferring their money to fraudulent accounts. But others, like the JJPTR money game, are less straight forward.

JJPTR is essentially a Ponzi-like financial scheme which promises investors returns of up to 20% per month. Since it began operating in 2015, JJPTR has collected up to RM1.7 billion in investments. More than 400,000 people are reported to be in-volved in the scheme, with deposits ranging from RM4,500 to RM100,000 per indi-vidual.

In general, investors were paid interest as promised in the first two years of JJPTR’s inception. But panic arose last month, when the scheme failed to make its scheduled payments. Its founder, Johnson Lee, said this was because hackers had made off with some US$400 million of its funds.

Lee was arrested on May 16 after one investor made a police report, but released two days later due to insufficient evidence of fraud. Investigations revealed, though, that there are so far no signs of any hacking. Since then, Lee is reported to have gone missing, while JJPTR’s website and representative offices in Penang have shut down, leaving investors in the lurch.

JJPTR’s collapse draws light on the importance of conducting proper due diligence before investing in any financial scheme in the market. This is the audit process that will enable discerning investors to tell the difference between a legitimate, high-performing fund like CP Global and a potential scam like JJPTR.

So how is due diligence done? Here are 5 tips on what to look out for:

Track record: One of the first steps in the due diligence process is checking up on the fund’s background and performance. Avoiding funds or schemes without a proven, long term track record is usually a good idea. Instead, look for a well-managed fund with a solid record of generating consistent returns.

Know the fund manager: Getting to know your fund manager so you’ll know who’s managing your money is also necessary and probably one of the best ways to keep up-to-date with the fund’s performance.

Investors of CP Global are fortunate in this regard, as Raymond regularly conducts investment seminars and roundtables for private clients across the region and is easily accessible should you have questions. For example, what is its business continuity plan and does it include a systems back-up, key employee succession plan and business disruption recovery plan?

CP Global backs up all critical data in its local office in Singapore. As the fund’s main concern is the risk of Raymond becoming unable to manage the fund, the disaster recovery plan is to halt and liquidate all trading in the event of that happening.

Regulation and licensing: Make it a point to ascertain the legitimacy of the scheme or fund you plan to invest in by checking if it is regulated by the authorities.

A quick check on Bank Negara Malaysia’s Financial Consumer Alert (FCA) List, for example, reveals that JJPTR and its associate companies, JJ Poor-To-Rice and JJ Global Network are neither authorised nor approved under the relevant laws and regulations administered by the Malaysian central bank.

To date, 302 companies have been included on the FCA list. The two latest additions are financial schemes run by MBI International and Mface International, both of which are popular in Penang.

Be aware though, that there are plenty of dubious schemes that go unnoticed, too. For instance, JJPTR and its associates were only included in BNM’s list in February 2017, two years after they began operations in Malaysia.

Investment profile: Make sure you understand the structure of your fund. For example, what are the investment vehicles involved and what’s the aggregate asset size?

Also, does the fund manager engage materially in other businesses and are there any conflicts of interest that might jeopardise his or her capacity to manage your fund?

Comprehending your fund manager’s strategy for investing your money and the risks involved so you can determine if the investment is right for you is also necessary. Some questions to ask include how the fund goes about guaranteeing its high returns and if there is a risk management framework in place.

One way to gauge the level of risk involved is to look at the minimum investment required, because that tells you about the calibre of individuals invested in the fund. A higher minimum sum usually implies that a larger number of high net worth individuals are involved compared to lower minimums.

Also, check out the redemption terms of the fund, for example, monthly, quarterly or annually, as this has crucial implications for managing liquidity. Knowing how the fund values itself and its investment mandates are important, too.

Educate yourself: Finally, educate yourself. All investments are inherently risky and returns are never guaranteed. So, it’s important to know what you are getting yourself into before forking out the cash. For example, retail investors must be accredited or a registered investment advisor (RIA) when requesting information from a hedge fund manager or third party source. 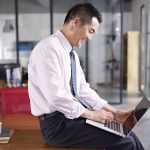 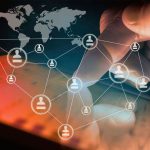